Seasoned smokers will know all about the ever changing rules of smoking etiquette. So when you make the switch from tobacco to vaping you might think your days of being a social pariah are behind you. Not quite….

As electronic cigarettes have grown in popularity, a whole new set of rules have emerged on when, where, why and how you are using your vaporizer. If you are new to vaping or considering buying a vaping starter kit then you may find the whole thing a little overwhelming at first. Read on for a basic guide on the dos and don’ts of vaping.

DON’T vape where you can’t smoke

This is the most important and the most controversial rule of vaping. When you vape, the smell released is minimal and the vapour is almost invisible, and yet vaping is not allowed indoors in public places. Non-smokers may argue that the fumes are still noticeable and potentially unpleasant to others, while others may mistakenly believe that inhaling your vapours is akin to second hand smoking. Yes, you can take the time to explain the difference between vaping and smoking, but it’s a lot easier to just avoid unnecessary confrontation and vape in the smoking area. At least until the laws change. 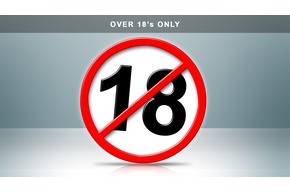 It is illegal to sell to or supply anyone under 18 years of age with an electronic cigarette, even if it contains 0% nicotine. While many people (smokers and non smokers alike) may disagree with this, the law is the law and you could be hit with a £2,500 fine if you are found guilty of helping an underage teen to vape.

Nicotine aside, the hand to mouth action of vaping can be psychologically addictive, while time spent vaping in smoking areas can normalise regular cigarette smoking and even encourage it. Vaping is all about helping people to quit smoking, not encouraging people to start, so be aware of your influence around younger people.

DO use the right charger

This may seem like an odd rule to include in a vaping etiquette blog, but bear with us. Since electronic cigarettes have hit the market, there has been a spate of news stories about exploding vapourizers or chargers. This has done nothing to quell the suspicion that vaping is just as bad as smoking, if not worse. But vapourizers don’t just spontaneously combust – in every instance of a vapourizer catching fire or ‘exploding’, it has been attached to a charger. The wrong type of charger. There are a lot of different vaping companies out there selling a lot of different types of vapourizer. It is imperative that you use the correct charger with your electronic cigarette, every time. It is also a good idea to keep your charging e-cig away from direct heat and sunlight for similar reasons.

DON’T use your vapourizer for anything other than tobacco

Vapourizers are meant to be used with liquid tobacco and nothing else. By filling your vapourizer with another substance you could damage the equipment or end up inhaling something unsafe.

It should go without saying that vapourizers should not be used to ingest any illegal substances. Not only is this extremely dangerous, but it may have an impact on how vaping is regulated and received nationwide.

Vaping is a viable, affordable, social and effective alternative to smoking but there is still some way to go before it can be fully accepted by the British public. Demonstrating good vaping etiquette is the best way to win this acceptance.

DO try out a few different flavours 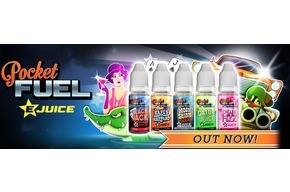 Unlike cigarettes, vapourizers offer you a few more choices than ‘tobacco’ or ‘menthol’. There are dozens of e liquid flavours to choose from, so experiment with something new until you’ve found your favourite. We stock a huge range of flavours from fruity apple or raspberry, to sweet banana cake or cherry bakewell, and zingy mint or moonshine. Plus, of course, a selection of traditional tobacco flavours.