Smokers who have successfully switched to electronic cigarettes will probably be alarmed to discover that some officials in the US airline industry are calling for a rethink as to whether passengers should be allowed to carry them in their hand luggage.

The calls come after a passenger airliner at Logan International Airport in Boston, Massachusetts was forced to evacuate its passengers when an electronic cigarette caused minor smouldering in a bag that was being stowed in the JetBlue plane’s hold. The incident was noticed quickly by baggage handlers prior to the plane’s departure.

While the safety of the airliner was not in danger and the incident was rapidly dealt with by staff, officials at the airport have questioned what might have happened had the fire started mid-flight. As a consequence they have requested the Federal Aviation Authority (FAA) in the US to consider whether electronic cigarettes should be prohibited on board aircraft, in much the same way as other hazardous materials such as lighter fluid, gas canisters and ammunition. This is despite the Massachusetts Department of Fire Services confirming that the cause of the blaze has not yet been determined. 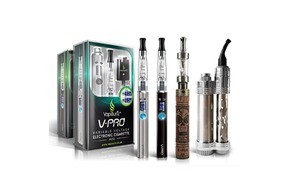 A change to the rules would almost certainly cause widespread inconvenience and anger among users of electronic cigarettes, for whom an outright ban - or even strict limitations about the carrying of e-cigarettes in hand or hold luggage – would be fiercely opposed. At present users are free to carry electronic cigarettes on board aircraft along with other equipment which also use lithium-ion batteries such as mobile phones and laptops. In fact, strict regulations are already in force to help to safeguard an aircraft from damage or fire caused by these batteries; e-cigarettes must not be activated in flight and spare batteries cannot be carried in hold luggage. Any further changes to the rules would certainly cause additional inconvenience for passengers.

However, lithium-ion batteries have been implicated in air accidents before, most notably in a UPS Boeing 747 crash in the United Arab Emirates in 2010 and have been cited as a possible cause of the loss of Malaysian Airlines flight MH370 in March 2014. In these incidents large quantities of lithium-ion batteries were being carried as cargo and opponents of rules aimed at tightening the carrying of electronic cigarettes on aircraft would point out the more considerable risk posed by a large batch of batteries compared to a few single e-cigarettes. This does leave some big question marks over e cig mods too, which may can vary wildly in appearance.

Vapes on Planes in the UK:

At present in the UK electronic cigarettes are widely used and recognised as a positive alternative to traditional tobacco products. Until recently airlines often permitted the use of e-cigarettes on aircraft but are now tending to implement wholesale bans instead. The reasons for such bans appear to be somewhat confused, though. If users were convinced by a strong argument that electronic cigarettes are a genuine hazard to flight safety then a ban would probably greeted with passive acceptance, in much the same way that passengers adhere to rules governing the use of mobile phones and laptops at certain times during a flight. However, surveys of airlines have indicated that the banning of electronic cigarettes tends to be purely because of possible confusion amongst other passengers who perceive vaping to be smoking and light tobacco cigarettes as a result – with a clear and incomparable threat to the safety of the aircraft.

Whether the European Union gives consideration to the supposed risks of e-cigarettes on flights remains to be seen. Following the small fire on board the JetBlue airliner in Massachusetts, the US Department of Transportation has suggested that the government is not considering changing regulations. US law is more complex than in the UK and Europe as there is no national policy about smoking because individual states are responsible for determining regulations. In some states the use of e-cigarettes is unregulated while the products are banned completely elsewhere.

Not Technically Law - But Airlines Have Their Own Rules

While the use of electronic cigarettes on flights was banned by the FAA in 2011 under the terms of the existing smoking restrictions, this was never cemented in law so any prohibition is usually made by the individual airline which does, of course, have the right to dictate what can and can’t happen on an aircraft.

For e-cigarette users in the UK, at present there remains little to be worried about where planes are concerned. Research, including by the Consumer Advocates for Smoke-Free Alternative Association, have confirmed that electronic cigarettes pose little risk to flights. Within the airline industry in the UK there is little to suggest an appetite for ramping up the law to the detriment and inconvenience of many who have already made the switch from smoking to vaping. Whether the European Union continues to support this remains to be seen but electronic cigarette users will certainly wish to share their thoughts in the event that such legislation is imposed.