As the popularity of e cigarettes continues to grow, people still remain unsure as to what the products have to offer. Despite presenting a viable alternative to traditional tobacco products, there is still a stigma and a lack of recognition for the quality products which exist in the marketplace. As the devices become more popular and the knowledge of their uses and capabilities becomes more widespread, the reputation they have among the public is surely set to change. The current press, however, tends to be more focused on negative aspects of the devices. As the products become more mainstream, it is time to take a more balanced approach to the reputation which electronic smoking devices enjoy.

The last few years have seen a huge escalation in the popularity of the electronic cigarette. This is likely a culmination of several factors. Firstly, the wide spread smoking bans which are now present in many countries have caused people to turn towards alternatives when they are looking to enjoy themselves, to unwind or to socialise. By changing the manner in which nicotine is delivered into the body (vaporizing rather than burning), the electronic devices posit a fantastic alternative to many of the second hand smoke concerns which led to the banning of traditional tobacco products. While many of the bans have been in place for a number of years, it is only now that the technology has reached a suitable level for mass public consumption. While devices have existed for far longer, it is only recently that the technology has become reliable, affordable, simple and easy to use. By making the products more suitable for mass consumption and by entering a market place in which people are looking for a more socially acceptable method of nicotine consumption, many consider this time to be the true beginning of the electronic cigarette.

Political Agendas do not help!

However, this emergence of a truly viable alternative tobacco product has been met with disdain and deference in some quarters, with many sections of the political and media worlds labelling the devices as dangerous and menacing. This has done little to dent the initial spread of vaping devices, though it could be damaging to the industry in the long run. The poor impression of the devices which many people seem to hold is built on a number of incorrect and unsourced assumptions, assumptions which are not helped by a lack of positive press and a lack of public understanding.

Buying Cheap Products Does Not Help. 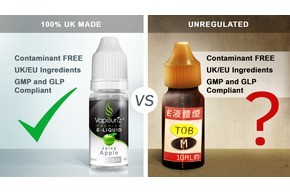 One of the more damaging aspects of the poor reputation is the inferior products which previously flooded the marketplace. As the industry began to assert itself, the influx of cheaper and less reliable products was noticeable. Hoping to capitalise on a nascent public interest, inferior and less capable devices were sold to the public. As such, many people found their first experience with such a device to be unsatisfactory and unrewarding, thus tainting the product in their minds and in the minds of anyone to whom they talked about the device. To an extent, these products still exist. They are cheaper knockoffs of established and properly designed products which are sold unwittingly to customers and ranges of e liquids that may not confirm with EU and UK standards.

Just as it would be tough to judge a modern car by a Ford Model T or a jet plane by one of the Wright brothers’ early efforts, allowing these products to dictate the market place has sullied electronic devices in the minds of many consumers. However, the current devices on offer to the public are far more refined, offering a customisable and adjustable smoking experience which is based on satisfying customer preferences. Rather than an inferior product, the current generation of electronic smoking devices offers a cultured and considered approach.

They Reason Our Products Look Different 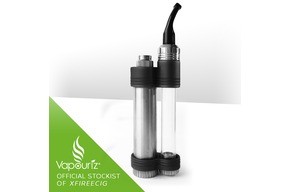 Another damaging aspect of e cigarette’s reputation derives from the lazy approach to public discourse of considering them to be almost identical to traditional tobacco products.

While they might offer the same appeal, many of the similarities are purely aesthetic. Whereas the older style of cigarettes might be considered to be a huge health risk, their more modern counterparts offer a safer, healthier approach. In fact, the use of electronic tobacco products is a fantastic method of reducing the intake of tobacco and many users are in fact ex-smokers who have tried other quitting tools and found them to be ineffective. Ensuring that Vapour cigarettes products and accessories look different from traditional tobacco cigarettes ensure that some of the psychological dependancy of smokers is deflected from the physical look and taste of tobacco products.

Despite the fact that there is little to no proof of vaping posing a health risk on a similar scale to traditional cigarettes, they are very much to focus of public attention from the press and politicians in a similar manner.

Talk of extending smoking bans to cover electronic devices only serves to damage those who are seeking to give up smoking by taking away the benefits of one of the best tools for giving up.

A Brighter Future for Electronic Cigarettes: 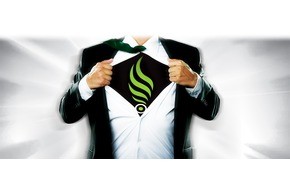 When it comes to the reputation of electronic cigarettes, the relatively young nature of the product has caused much confusion and lack of clarity among the public. This has not been helped by the false claims by politicians and in the press, but the growing interest in and the awareness of the devices can only serve to better their reputation in the future. As more people become familiar with the differences and the benefits when compared to traditional tobacco, e cigarettes will only ever enjoy a better reputation among the public.