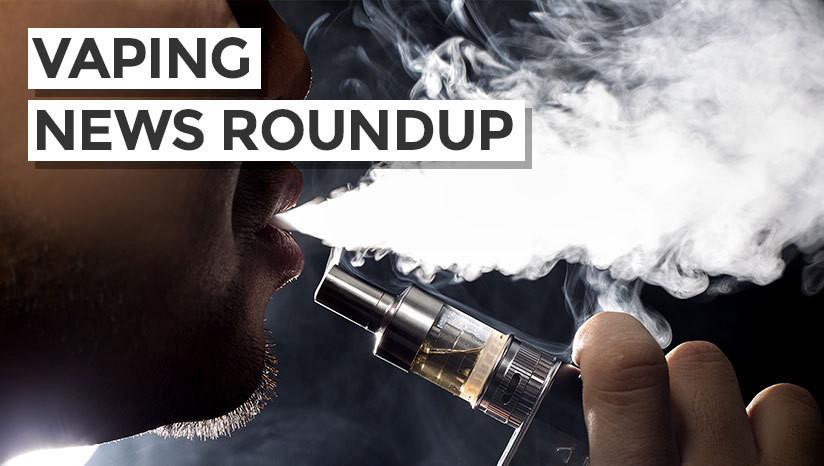 While vaping and e-cigs are relatively new compared with other more traditional forms of tobacco, they’ve already made a big impact on the industry - in the UK alone it's estimated 2.8 million adults have made the switch to vaping.

Vaping's huge popularity has helped to put it under the spotlight - stories about e-cigarette legislation, health studies and technology advances are regularly being published all over the world.

If you're curious to know the latest, here's a look at some of the most interesting stories that have made the news the last few months.

Research from Dublin's Health Information and Quality Authority has found e-cigarettes are a cost-effective solution to help people quit smoking when combined with other methods. In Ireland, a third of smokers who are trying to quit use e-cigarettes as an aid to stop smoking. When combined with other strategies including nicotine gum, patches and inhalers, doing so helps to increase the success rate. On their own, e-cigarettes were found to be twice as effective to help quit smoking when compared with no therapy. Read more about the findings of the study at the Huffington Post.

Vaping not a gateway to smoking, study shows

A small study conducted at Virginia Commonwealth University has revealed that current e-cigarette users were no more likely to progress to smoking than young adults who are not using e-cigarettes. The longitudinal study is the first of its kind and could help dispel myths that young adults who use e-cigarettes eventually transition to smoking. You can read more about the study's findings from the American Vaping Association.

Calls for rethink on vaping ban in hospital grounds

The Scotsman has published an article about the campaign to ease restrictions over vaping on hospital grounds and in other public places. Smoking was banned on Scottish hospital grounds in 2015. Public health expert Linda Bauld has argued there's little evidence to support the ban and that it sends the message e-cigarettes are as dangerous as smoking.

Though e-cigarette use is on the rise, there's still much we don't understand about the potential benefits and drawbacks. Cancer Research UK is working to help develop better quality studies on e-cigarettes. Together with Public Health England and the UK Centre for Tobacco and Alcohol Studies the UK Electronic Cigarette Research Forum has been established. The Forum is to meet several times a year and has also funded a number of studies on e-cigarettes to help build up a more reliable body of information. Read more about their efforts on the Research CRUK blog.

The UK Centre for Tobacco and Alcohol Studies says a new report from the World Health Organisation fails to evaluate the evidence on e-cigarettes properly and could undermine international efforts to reduce smoking as a result. A group of UK academics have called for a better understanding of e-cigarettes and the potential benefit in how the use of e-cigarettes can help reduce the smoking pandemic. Read the full report on the UKCTAS blog.

E-cigarettes are still found to be safer than smoking

More people than ever believe e-cigarettes to be just as harmful as cigarettes, despite evidence suggesting otherwise. There is strong evidence from a range of studies that vaping is far less risky than smoking cigarettes. The Royal College of General Practitioners has made it clear e-cigarettes should be promoted along with other non-tobacco nicotine products for smokers who are trying to quit. Read more about the efforts to address negative perceptions at The Guardian.