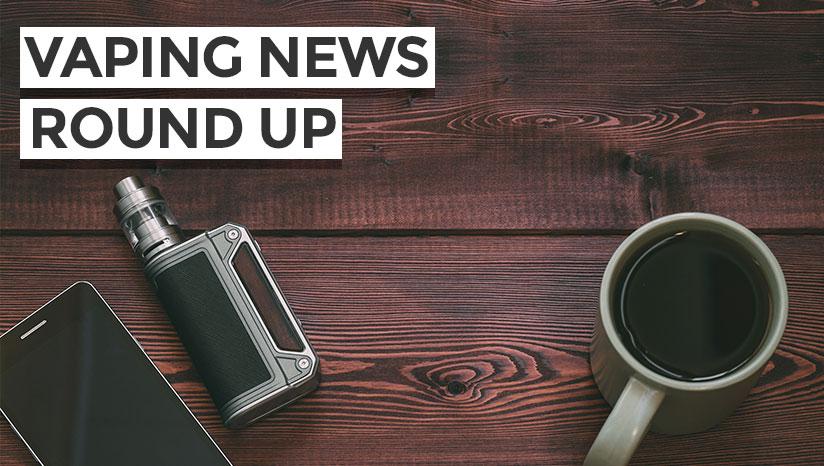 As more people embrace vaping and understand the positive benefits of e-cigarettes, vaping is slowly getting more positive recognition in the news.

Today we're rounding up some of the most interesting recent stories that have made headlines around the country.

The reason for this change Is simple: last year, e-cigarettes were the most effective tool to help people quit. 53% of people taking part in Stoptober last year used e-cigarettes to help them give up smoking. Since the campaign launched in 2012, over 1.5 million people have taken part.

Prejudice and misinformation has stopped e-cigarettes and vaping from being more widely adopted and supported in the science and medical community, and this report from the Guardian highlights how disagreement between scientists over the effects of e-cigarettes is preventing other meaningful research studies from taking place.

The issue has divided the health community and much of the resistance is based on the belief that vaping and e-cigarettes will be used as a 'gateway' to smoking cigarettes. However, a number of recently published studies actually point to the opposite, and Public Health England has recently reported that e-cigarettes are 95% safer than smoking.

The switch from smoking to vaping could save millions

A report published on WebMD says millions of cigarette smokers could live substantially longer if they embraced vaping and e-cigarettes as a replacement to tobacco over the next decade.

The study from cancer researchers at Georgetown University in Washington D.C says 6.6 million cigarette smokers could live a combined 86.7 million more years if they were encouraged to swap from cigarettes to e-cigarettes.

The Sun is reporting that public health officials are disagreeing about the safety of e-cigarettes. Despite the high-profile Stoptober campaign, officials from the National Institute for Health and Care Excellence are refusing to officially endorse vaping, though doctors have been informed patients should be told that others have found e-cigarettes a useful tool for quitting. Public Health England on the other hand believes e-cigarettes are the key to helping people quit. Professor John Newton said: "The evidence is clear - vaping is much less harmful than smoking, a fraction of the risk."

An etiquette guide to vaping in public

The Evening Standard has published a set of unofficial guidelines to vaping in public. Vaping is relatively new and public policy is still catching up, so there is no set of hard-and-fast rules about where it is and isn't acceptable to vape. Some bars and restaurants allow vaping indoors while others insist e-cigarettes are treated like traditional cigarettes and smoked outside away from the building.

Keep up with the latest vaping news, tips and tricks on the Vapouriz Blog.