The Origins of the Electronic Eigarette

Like many subjects, there are conflicting views on the beginnings of the e-cigarette, which has a timeline that stretches back further than you might expect. Two main candidates for its invention have been identified. The first was Herbert A Gilbert. Around half a century ago, back in the early 1960s, he patented a device which was described as “a smokeless, non-tobacco cigarette”. The process was to replace the burning of tobacco with “moist, heated and flavoured air” through the process of a nicotine solution producing steam. 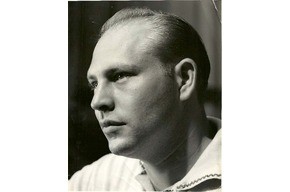 It’s reported that, during the next few years, Mr Gilbert was approached by several companies who expressed interest in possible manufacture. Nothing further happened and, within a short time, Herbert had disappeared from the further history of the electronic cigarette.

Four decades later, a Chinese pharmacist called Hon Lik enters the story. He is also a smoker, who lived in Beijing. It is believed that his interest in the possibility of e-cigarettes heightened after the death of his father, who smoked heavily, from lung cancer. At the time he worked for Golden Dragon Holdings who then helped with the development of the product. Not long afterwards, they changed their name to Ruyan, which is translated as “like smoke”. 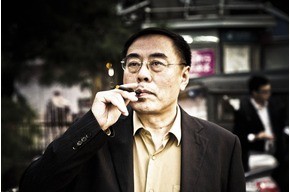 Hon Lik’s 2003 initial invention used a pressurised ultrasound element which vaporized the jet of liquid containing diluted nicotine. The result was an inhalable, smoke-like vapour which allowed the nicotine to enter the bloodstream through the lungs. He also suggested the use of a disposable plastic cartridge to act both as a reservoir and mouthpiece.

The Introduction of the Cartomizer

A third important step in the development of e-cigarettes was the invention of the cartomizer (like those used in Vapouriz products). This invention has been credited to Umer and Tariq Sheikh of XL Distributors. As you might guess from the name, this brings the cartridge and atomizer together into one place, integrating the heating coil into the liquid chamber. Inhalation is through the use of a silicon mouthpiece, allowing electronic cigarettes to provide users with that authentic experience that their muscle memory expects when smoking.

The Present and Future

Through these, and other developments, users can now choose between a range of models, adjust their nicotine levels, and enjoy different taste sensations through a series of liquid choices. If Herbert A Gilbert was suddenly to reappear in the present day, you guess he might be rather pleased to see what his initial idea has developed into!