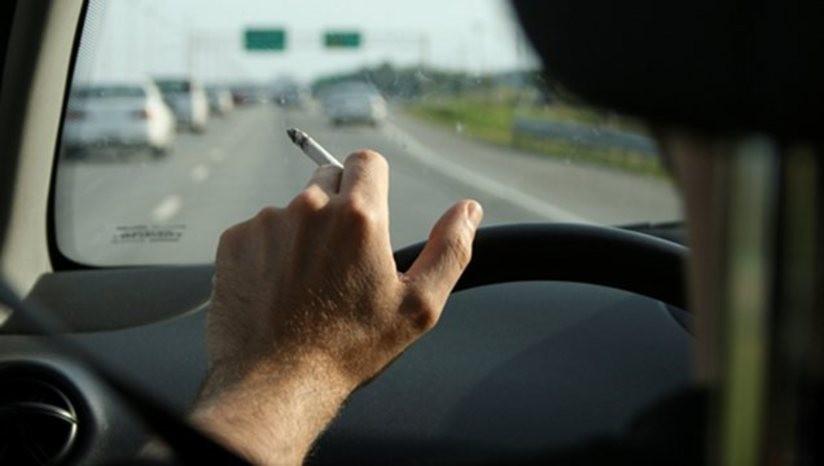 Smoking in Cars With Children Banned - Is Vaping?

UPDATE - As of Oct 1st 2015 it is illegal to smoke in a private vehicle carrying a passenger under the age of 18 years old. Read the full article here

As you've probably already heard, smoking tobacco in cars with children present could soon be illegal in the UK. Government Peers are set to vote on the issue whilst Labour calls to see the creation of additional laws to prohibit smoking in cars with a view to helping save lives. The Law was passed in Oregon in the US on January 1st this year (2014) and is already in place in other states of America, Canada, Australia and some European Countries.

Andy Burnham, the Shadow Health Secretary has stated that Britain is set to follow:

He said: "When it comes to improving the health of children, we are duty bound to consider any measure that might make a difference."Adults are free to make their own choices but that often does not apply to children and that's why society has an obligation to protect them from preventable harm."Evidence from other countries shows that stopping smoking in the confined space of a car carrying children can prevent damage to their health and has strong public support."

Pro-smoking groups have labelled the proposed plans as "heavy handed" and are concerned that the ban will eventually extend to the home as enclosed public spaces are already illegal to smoke in.

Here at Vapouriz we are all for promoting healthier habits and helping people break the tobacco cycle. There are over 200 active and harmful chemicals in tobacco smoke so we certainly encourage any move to prevent passive tobacco smoking in confined areas. We have seen numerous reports on how e cigarettes could save millions of lives (BBC Article here) with over 700,000 e-cig users in the UK - and that number growing every day. We are firm believers that Vapourizers are the future for people who wish to give up tobacco for good. The financial benefits are a bonus at the side of the health benefits and our UK made e-liquids and products will always confirm to every piece of legislation that the Government puts in place. However, we will be interested to see how this proposed law will be handled in its execution.

There's Never Been A Better Time to Quit Tobacco

It certainly seems that finding places to smoke tobacco is becoming harder and that the law is catching up with the numerous warnings that smoking is harmful to health. Now may be a better time than ever to break your smoking habit and move over to the healthier world of vaping! Socially and legally, tobacco is a bigger taboo now than it has ever been and its consumption in confined public areas is already illegal. Now that smoking in the car is on the agenda, it seems like alternatives are the future. Aside from the obvious health and financial benefits, there is a mounting movement to stamp out the habit publically once and for all.

Things have moved on drastically since the anitiquated belief that smoking was a sophisticated habit to the point where the smell of a cigarette in a public place is likely to cause aggrivation to non-smokers.

But What About Vaping?

The big question for us is will this extend to Vaping in your vehicle? With only four active ingredients in our e-liquids and e-juices (Water, Propylene Glycerol, Flavourings and optional Nicotine) it is certainly a much healthier habit and upon exhaling only CO2 and water vapour are present. This issue for the vaper is that they still 'appear' to be smoking. Is it fair to expect a police officer to differentiate between someone smoking a traditional tobacco cigarette or a Vapourizer Tank? What about our Gemini Kits or Disposable Cigarettes? To us, the difference is obvious but how can a traffic cop see the difference if he sees a vaper or a smoker exhaling whilst he is behind the car?We question if the banning of cigarettes from vehicles will have a knock on effect to vapers who have already made the change.

We welcome a common sense approach with this law. Obviously, it is a good thing from the health perspective: less smoking of tobacco in enclosed spaces means less harmful chemicals in the air polluting the lungs of those around you. This is especially important when children are present. However, in recent news, the Wetherspoons pub group announced that Vapes and e cigarettes were to be banned from their pub chain because it was hard for staff to differentiate between an exhaling smoker and an exhaling vaper. They also stated that it would 'encourage smokers to light up in pubs'. This seem ludicrous to us! We feel that if a smoker were to light a cigarette in a pub now then you would instantly be aware of the smell from the other side of the establishment. However, the same cannot be said for the enclosed space of a car. It will be interesting to see how this plays out for e cig and vape users. We hope that common sense will prevail and our range of products are designed to clearly be visibly distinguishable from traditional cigarettes, cigars and rolling tobacco. But will this stop a car driver from being pulled over if they are vaping?

Will The in - Car Smoking Ban Affect You?

We'll be very interested to hear your opinions on the ban here at Vapouriz. Feel free to get involved and let us know your thoughts via Twitter or Facebook...