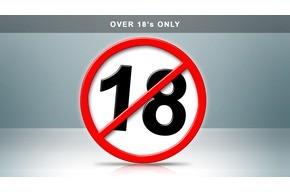 Sale of Electronic Cigarettes to be banned to under 18’s

Electronic Cigarettes are a healthier alternative to traditional tobacco cigarettes, and nearly 1.3million people use them in the UK alone.

A law banning the “proxy purchasing” of tobacco for children is expected to take effect in the autumn. Breaking the law would result in a £50 fixed penalty notice or a fine of up to £2,500.

Some 95 per cent of smokers aged 11 to 15 get someone else to buy cigarettes for them at least once a year, according to the latest statistics. And 41 per cent of the 15-year-olds usually buy them from an acquaintance.

But more than 1,000 people end up in hospital every day as a result of smoking, and experts have warned that the growth in e-cigarettes could reverse some of the good work that has been done in tackling the habit.

Ministers hopes the new legislation will come into force by the autumn.

Brett Horth, Managing Director of Vapouriz says “the vast majority of Electronic Cigarette companies in the UK, including Vapouriz, already have internal policies to restrict sales of e cigarette products to minors (under 18’s) and we wholeheartedly welcome this move”.