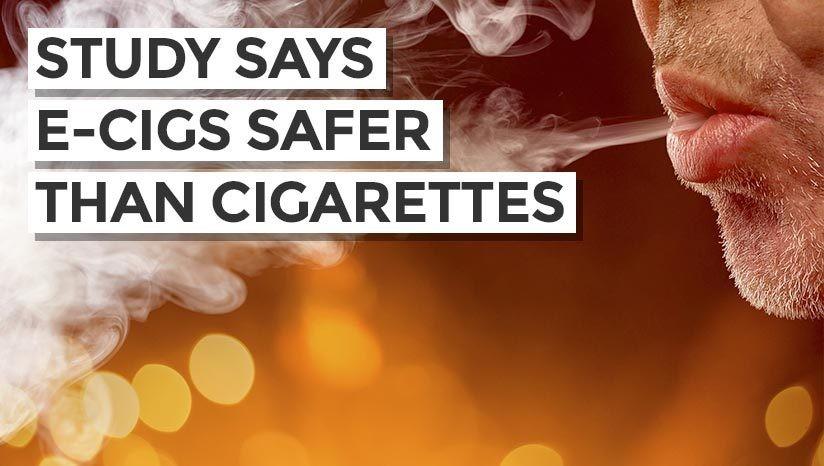 A new long-term study says e-cigarettes are less toxic and safer to use than conventional cigarettes.

The research, published in the journal Annals of Internal Medicine, was conducted by Cancer Research UK-funded scientists.

The study showed that people who stopped smoking regular cigarettes in favour of e-cigarettes for at least six months were found to have much lower levels of toxic and cancer causing substances in their body, compared to people who continued to use traditional cigarettes over the course of the same period.

Researchers also studied saliva and urine of long-term e-cigarette and nicotine replacement therapy users for the first time and compared them with smokers to understand the body-level exposure to key chemicals.

Compared side by side, ex-smokers who switched to e-cigarettes had significantly lower levels of carcinogens and toxic chemicals in their body than those who continued smoking tobacco cigarettes.

Those who used e-cigarettes while also continuing to smoke did not show the same marked differences, indicating a complete switch from tobacco cigarettes to e-cigarettes is needed to reduce exposure to toxins.

The report's lead author, Dr. Lion Shahab, said in a Cancer Research UK press release: "Our study adds to existing evidence showing that e-cigarettes and NRT are far safer than smoking, and suggests there is a very low risk associated with their long-term use.

"We've shown that the levels of toxic chemicals in the body from e-cigarettes are considerably lower than suggested in previous studies using simulated experiments. This means some doubts about the safety of e-cigarettes may be wrong.

"Our results also suggest that while e-cigarettes are not only safer, the amount of nicotine they provide is not noticeably different to conventional cigarettes. This can help people to stop smoking altogether by dealing with their cravings in a safer way.