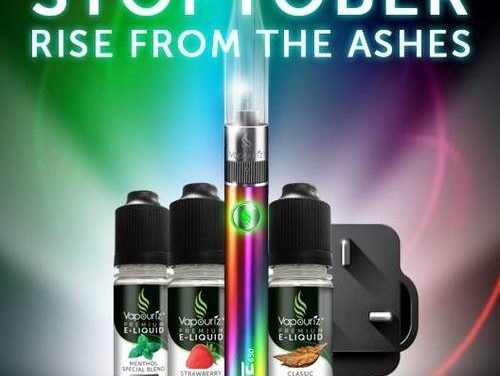 Give up Tobacco in Stoptober!

Change your life with Stoptober! 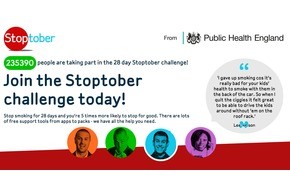 With the invention of Stoptober, the NHS campaign for a smoke-free Britain, there has never been a better time to invest in your health and save money at the same time. Most smokers wish they didn’t smoke, and even the most hardcore smoker can feel self-conscious at times, but up to now there hasn’t really been a solution that offered the required nicotine relief, combined with the ‘act’ of smoking.

E-cigs are a clever little invention; powered by a fully rechargeable lithium-ion battery and using flavoured liquid, they mimic the feel of smoking by producing a water based vapour, which is then inhaled, totally free of all the toxins contained in true cigarette smoke.

Giving Up Tobacco is not Expensive! 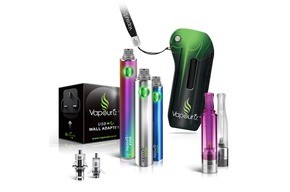 Vapouriz are a leading UK-based supplier of e-cigarettes and offer a range of products, including e cig starter kits from just £4.99 in a range of colours that will appeal to anyone, allowing you to personalise your lifestyle change. Choose your favourite flavour e liquid and even combine flavours to create your own – the options are endless. Vapouriz have many years of experience supplying customers the world over, offering a highly specialised and personalised service to ensure that as a customer you get the best deal.

The Benefits Are Not Just Financial 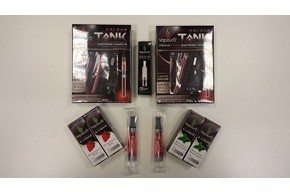 Scientific indications up to now are that electronic cigarettes do offer a viable and, crucially, a healthier alternative to traditional cigarette smoking. Scientists believe that the risk involved is about the same as using nicotine patches, which as we know are almost always among the first recommendation for anyone looking to give up or reduce smoking.

In addition to this, by far the majority of people looking to buy an e-cigarette are already regular smokers, in particular regular smokers who are looking to quit. Therefore the health benefits can be measured in terms of how beneficial drastically reducing your daily number of cigarettes would be, because smoking an e-cig is not comparable. Very few people who do not smoke and have never smoked will have any interest in an e-cigarette to begin with, because it can do nothing for them – the discussion of how smokers using e-cigarettes helps non-smokers to avoid passive smoke is far more relevant.

Research has shown that children exposed to tobacco smoke are more likely to die from cot death or suffer from asthma and other respiratory illnesses. Passive smoking is dangerous for everyone, but the beauty of e-cigarettes is that it eliminates this risk. You can get your fix without inconveniencing or indirectly harming anyone else.

Stoptober is your Chance for Change

Stoptober is designed to give smokers looking to quit a push in the right direction, it’s just 28 days, time enough to break a habit but also short enough not to be too daunting. Research has shown that people who can stop for 28 days are five times more likely to quit for good. The reality is that almost all of the areas of our lives we would wish to change can show real benefits after just four weeks; a new gym regime, healthier eating habits – why shouldn’t the NHS also target smokers? The only thing standing between themselves and quitting is them; the help is there.

Electronic cigarettes are not subject to any smoking bans as they do not contain tobacco, nothing is burned and they do not produce any of the unpleasant by-products of smoking such as ash. Nor do they contain the over 4000 chemicals, including benzene or carbon monoxide, found in cigarettes. The sum of the Vapouriz e-cigarette mission is “no whiffs or butts” – no foul smells and no annoying cigarette butts littering public places, e-cigarettes are a far less antisocial alternative to getting your nicotine fix.

One of the worst parts about smoking is undoubtedly the smell. Anyone can tell who is a smoker from a not inconsiderable distance – the chemical compounds involved are designed to cling, they will remain in your hair, on your clothes, in your car, everywhere. Switching to an e-cigarette totally eliminates odour because they do not contain any chemicals or tar.

Oh... Did We Mention it is Cheaper than Smoking Tobacco? 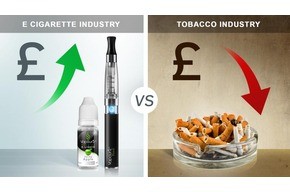 The costs involved are minimal compared to actual smoking; there are of course start-up costs but the ongoing cost is drastically reduced. Smoking one pack a day can cost over £200 per month, but e-cigarettes are not currently subject to smoking-related taxes, which reduces the cost. Indications are that most smokers can save around £2000 a year just by switching to an e-cigarette. What would you do with £2000? Take the kids on holiday, buy a car?

The UK government have demonstrated that they are keen on the idea of introducing e-cigarettes as a healthier alternative for anyone looking to quit, and in 2011 even produced a report describing the benefits concerning the usage of e-cigarettes, in relation to traditional cigarettes. All benefits described have in mind the overall aim being to quit smoking entirely.

Vapouriz are keen to hear personal stories from anyone who has successfully stopped smoking using an e-cigarette. Join almost 180,000 other smokers and start your smoke-free journey in Stoptober. We’d love to hear your success story!