Since e-cigarettes began to grow in popularity, there has been plenty of discussion about their effect on health. Vaping has become popular amongst those looking to give up smoking cigarettes, as it has a number of benefits: not only does it save smokers money and avoid the lingering smell of smoke that cigarettes bring, but it also gives the feel of smoking without the harmful chemicals such as formaldehyde and benzene that cigarettes contain.

It is widely known that cigarettes affect our mental health, but when it comes to e-cigarettes, this is a subject that hasn't really been broached, despite the fact that studies have proven that nicotine can have a beneficial effect on those diagnosed with certain mental health disorders. (As covered by this BBC article.) 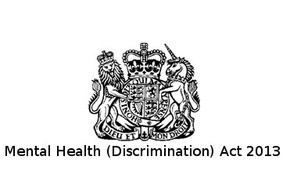 There was a time when mental health institutions had smoking rooms, and cigarettes even used to be used as a reward for compliant behaviour. Similarly, smoking privileges were taken away if residents did not comply. Over the years, several studies have been carried out, showing that nicotine can have significant positive effects on those with mental health problems, including depression, anxiety, PTSD, schizophrenia and more.

US stats from Psychiatric Times in 2001 show that almost 90% of those diagnosed with schizophrenia are smokers. Additional studies amongst schizophrenia sufferers who smoke show that they use smoking as a type of self-medication, with the removal of cigarettes impairing short term memory as well as attention span. It has also been suggested that nicotine lessens the negative side effects of certain anti-psychotic drugs used to treat mental health problems, which may account for why smoking is so common amongst these groups.

The 'Calming Effect' of Nicotine

While nicotine has been shown to calm the nerves and reduce some of the negative effects of mental health problems, there's no denying that smoking tobacco also increases mortality rates. A report published by the National Association of State Mental Health Program Directors suggested that those who are patients in psychiatric hospitals will, on average, die 25 years earlier than the population as a whole, and it's quite possible that smoking could account for some of this shocking difference. 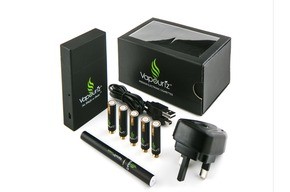 Could e-cigarettes be the solution here? Without the harmful chemicals that tobacco cigarettes contain, e-cigarettes could certainly help with the same positives that mental illness suffers currently enjoy when using cigarettes, but without such a major risk to health.

If using e-cigarettes, this group would still have that same nicotine hit that would calm them down and, as suggested by the study mentioned above, help to lessen the side effects of medications, but without the carcinogenic chemicals that cigarettes contain.

In a recent study, connections have been found which suggest that nicotine is beneficial to those suffering mental health issues.

Could e cigarettes provide a safer alternative to tobacco-based products? Some of you might say, "well, there are plenty of other forms of smoking cessation products out there, why not just use gum or patches?" The answer is simple. For many smokers, it's not just the hit of nicotine that is addictive, it's the actual act of smoking too.

It's the cigarette at a certain time of day: with a morning coffee, after lunch, with a pint or a glass of wine in the evening. Add anxiety, depression or other mental health disorders into the mix, and it's likely that this factor will be multiplied. The act of smoking, as well as the nicotine, calms mental illness sufferers down and helps them to deal with their symptoms, but also reduces their life expectancy.

It's those rituals of picking up the cigarette, inhaling, exhaling and repeating that no doubt cause some of the positive effects of smoking in those with mental health problems, it's a familiar routine that will make them feel comfortable and relaxed. 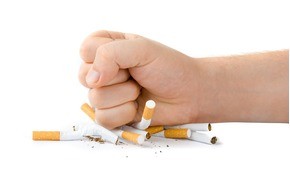 Some mental health institutions already offer nicotine patches to their patients, so why should e-cigarettes be treated any differently? We'd be as bold as to say that e-cigarettes are probably a better form of nicotine replacement therapy than patches for this group, especially considering the "nicotine to self-medicate" theory.

Nicotine patches work by releasing a steady flow of nicotine through the skin and into the blood, but each patch can take up to three hours to work. E-cigarettes, on the other hand, work in the same way as regular cigarettes, drawing nicotine directly into the lungs for an instant hit. If those with mental illnesses are not just using nicotine because they are addicted, but are also using it to self-medicate and relieve symptoms of their illness at times when they are feeling particularly bad, then is it right to deprive them of this privilege?

Ultimately, ask yourself this: do you think it is more sensible for mental illness sufferers to continue to smoke cigarettes, especially given the life expectancy statistics above, or to switch to nicotine replacement therapy? The answer is obvious, and there's no doubt that e-cigarettes are the best way in which to do this while still maintaining the routine that sufferers will need. We're really interested to your thoughts on this as a vaper. Feel free to get in touch and let us know what you think via Facebook and Twitter.