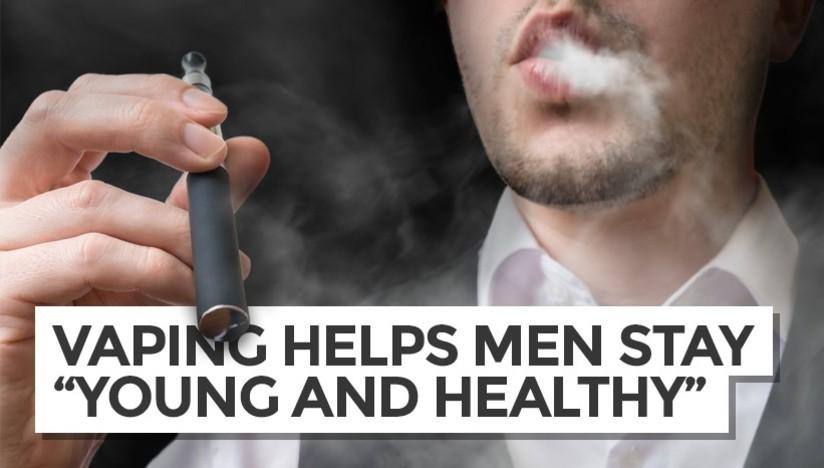 In a recent article published by The Irish Independent, renowned UK Doctor Michael Mosley included vaping in a list of 10 tips to help men stay ‘young and vigorous for as long as possible’. In a section of the article titled ‘Say no to cancer’, Dr Mosley urges smokers to kick the habit, stating that males who give up smoking at the age of 40 could add up to 10 years to their life expectancy, adding that ‘you won’t spend the last decade of your life coughing your guts out’. He also advised that ‘the best way to give up is with nicotine patches or e-cigarettes (vaping). Despite all the negative publicity around e-cigs, they are much, much safer than inhaling burnt tobacco’.

It’s no surprise to find Doctor Mosley endorsing vaping 5 months after presenting ‘Horizon, E-cigarettes: Miracle or Menace’. The BBC 2 programme aired in May and followed a series of experiments probing the health benefits of e-cigarettes, concluding that e-cigarettes provided a high success rate for those trying to quit while no negative effects were found for those switching to e-cigs to quit during the experiment.

Mosley isn’t the only health professional to endorse vaping. In July, Public Health England released a joint statement clarifying their stance on e-cigarettes freshly backed by a host of signatories comprising of 13 other major UK health organizations including British Lung Foundation, Cancer Research UK and Royal College of Physicians. The statement included key facts supporting the success of quitting smoking with e-cigs, reporting that over 1.3 million vapers in the UK had successfully quit smoking and that ‘e-cigarettes are significantly less harmful than smoking’.

In their own separate statements, representatives from individual UK professional health bodies offered further positive comments, such as Dr. Mike Knapton of British Heart Foundation who said ‘rather than undermining people’s efforts, using e-cigarettes improves the likelihood of someone quitting’ and Professor Peter Hajek of Queen Mary University London stated ‘my reading of the evidence is that smokers who switch to vaping remove almost all the risks smoking poses to their health’.

The current ASH (Action on Smoking and Health) statistics state that approximately 96,000 in the UK die from diseases caused by smoking every year, therefore it should be a welcome change for anyone using e-cigs to quit smoking cigarettes to see vaping favoured by so many professional health individuals and organisations.