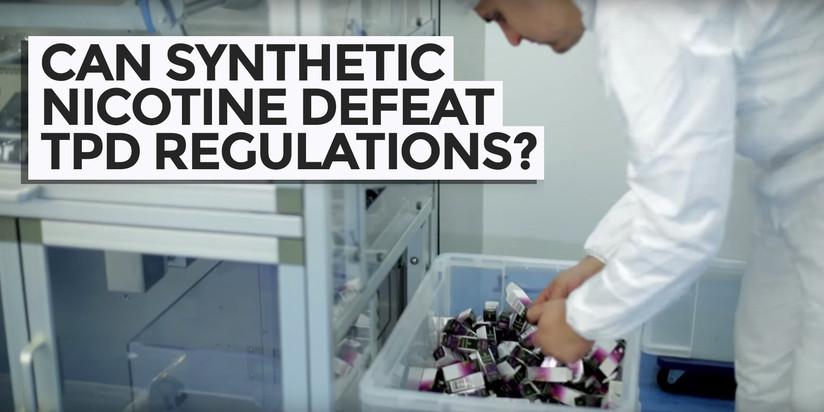 A new form of synthetic nicotine which copies the cell structure of tobacco placed nicotine has sparked an interesting debate over whether it should fall under vaping industry regulations. In this article, we explore both sides of the argument!

It’s a question commonly asked by so many vapers; why are e-cigarettes classified as tobacco products? The heavy regulations enforced upon the vaping industry under the Tobacco Products Directive are based on the fact the nicotine in nicotine-based e-liquids derives from the tobacco plant, so even though your favourite all day vape doesn’t actually contain tobacco, the nicotine hit that it delivers is still linked to tobacco and every piece of vaping hardware is seen as an accessory for that so-called ‘tobacco product’.

But what if there was a way to enjoy that same nicotine hit from a substance that doesn’t directly derive from the tobacco plant? There is in fact a small handful of companies producing synthetic nicotine, also referred to as ‘tobacco free nicotine’ and this new development in nicotine creation has become the subject of much debate over whether it could skirt TPD regulations in Europe and FDA regulations in the United States due to its tobacco-free origins.

Then there’s the complications to consider when making a clear distinction between your ‘nicotine-free’ e-liquid containing synthetic nicotine and the traditional e-liquid containing real nicotine that many of your customer base may still prefer to the synthetic option. You might have to go as far as changing your packaging and perhaps even your branding to make a clear distinction between the two different products with a lot of cost involved in splitting your product line in two to skirt regulations with a product your customer base may not take to.

It's more than the likely that, if forced to make a decision over tobacco-free nicotine products, regulatory bodies would extend the reach of their regulations to cover those products. This is especially obvious when we you consider that vaping hardware is covered by regulations by association with the nicotine-containing e-liquid (yet potatoes, which contain small amounts of nicotine, are not).

You could also run into trouble when getting your products chemically tested. Through chemical analysis, your synthetic nicotine e-liquid would be so close to your nicotine-based e-liquid, give or take a few small impurities, it would be difficult to prove that one product differs from the other.

Although synthetic nicotine is far less prone to impurities and has a cleaner flavour with barely any smell or taste of nicotine in the e-liquid, it’s not yet reached a point where it’s cost-effective which brings into question whether it’s really a viable option for intendent e-liquid manufacturers hoping to find their way around regulations. Of course, with a cleaner flavour, there is far less need for other ingredients required to create a pleasant flavour, however, synthetic nicotine is not easy to obtain as there are so few companies producing it. Longer, more labour intensive production processes and the requirement for expensive raw materials all add to the cost. In fact, synthetic nicotine is currently around 13 times more expensive than normal nicotine!

What are your thoughts on using synthetic nicotine? Let us know in the comments section below!