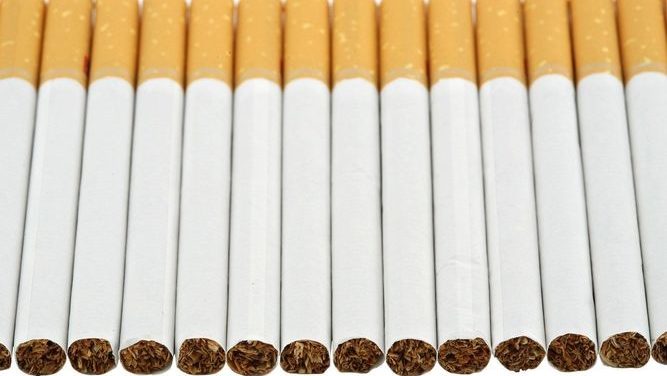 Are Tobacco Co's Behind the Regulation of E Cigs?

There is no doubt that the tobacco industry has taken an enormous hit in the past few years with the increase in popularity of e cigarettes. This, coupled with the ongoing government anti-smoking campaign, has caused large manufacturers of traditional tobacco cigarettes such as British American Tobacco to move their operations out of the UK. 600 jobs were lost in Southampton in January 2007 when BAT stopped manufacturing cigarettes there, although its Research and Development facility remains.During the past 40 years, smoking as a habit has been declining in the developed world, and large tobacco manufacturers have had to search for emerging markets in countries where there are more smokers and where people are earning enough money to be able to afford expensive brands of cigarettes.

What are E Cigarettes? 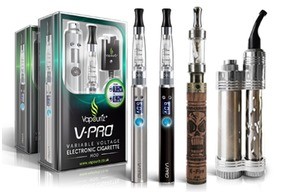 The electronic cigarette (e cig), such as those available from Vapouriz, allows a smoker to obtain the nicotine required by inhaling a vaporised liquid, without the toxins that are contained in traditional tobacco leaf cigarettes. The process is called “vaping”, and has proved one of the most successful aids in getting smokers to put aside tobacco cigarettes that are damaging to their health. However, due to current regulations in the UK, e cigarettes cannot be described as an aid to quit smoking, despite the evidence to support that they do. Initially, as with any newly developed product, e cigarettes were expensive, as were the cartridges containing the liquid to operate them. However, the price has come down dramatically since the early days and now e liquids are available to refill cartridges. The enormous range of high quality, flavoured e liquids from Vapouriz is testament to the versatility vapers have demanded in having access to something other than tobacco flavour. Fruit, chocolate, vanilla, mint and even cocktail flavours have been developed to name just a few.

Clearly, considering that UK e cigarette sales have more than quadrupled in the past year, traditional cigarette manufacturers cannot fail to have seen a reduction in their profits. Research conducted by Mintel revealed that in 2012 sales of e cigs amounted to £44 million, whereas in 2013 they leaped to £193 million. Judging by the activity among tobacco companies in trying to take over e cig manufacturers, it might be deemed that they want to expand their market share. However, it is more likely that they see this new technology as a bigger threat to their industry than the government clamp down on smoking. It’s much the same as camera manufacturers being affected badly when cameras became a feature of mobile phones.It’s interesting to note that e cig sales are small potatoes in terms of tobacco sales in the UK, which total around £12 billion annually; so why are tobacco manufacturers so concerned? They will have seen a drop in profits but they may be looking at the bigger picture. If the electronic cigarette industry experiences comparable growth each year, it may ultimately put them out of business. Whilst some have embraced the industry, one has to wonder whether this frantic buying up of e cig firms is a ploy to close them down.

Calls for Regulation of Electronic Cigarettes

Calls for regulating the sale of e cigs began as soon as popularity of use increased. Some people would argue that the government anti-smoking campaign not only reduced the sales of tobacco products but also the huge revenue the government receives from such sales. However, if we look at the obvious loss of profits tobacco companies are experiencing and will continue to experience as the e cig industry develops, could it be that the tobacco companies are lobbying for regulation? It would make logical sense.US analysts predict that over the next 10 years, sales of e cigarettes could exceed traditional tobacco product sales. Even considering the electronic cigarette is a relatively new product, sales hit $1 billion in the US last year.The fact that the tobacco industry didn’t produce electronic cigarette technology must have been somewhat of a blow to its pride, and if regulation is successful it’s likely that prices will go up, the government will get more revenue and sales will go down, putting tobacco manufacturers back in their comfort zone. It seems ludicrous that an environmentally friendly device capable of weaning millions of people off toxic tobacco products in favour of vaping is now subject to scrutiny for regulation. We have to wonder whether the manufacturers of these toxic products will push too far in realising unsustainable regulation.For consumers of e cigarettes and e cig products, Vapouriz will continue to supply the ultimate in vaping experience and bring our customers up to date with the latest news on regulation within the electronic cigarette industry. All of our customers report that having become accustomed to vaping, they would not exchange their electronic cigarettes for their old traditional tobacco brand ever again.