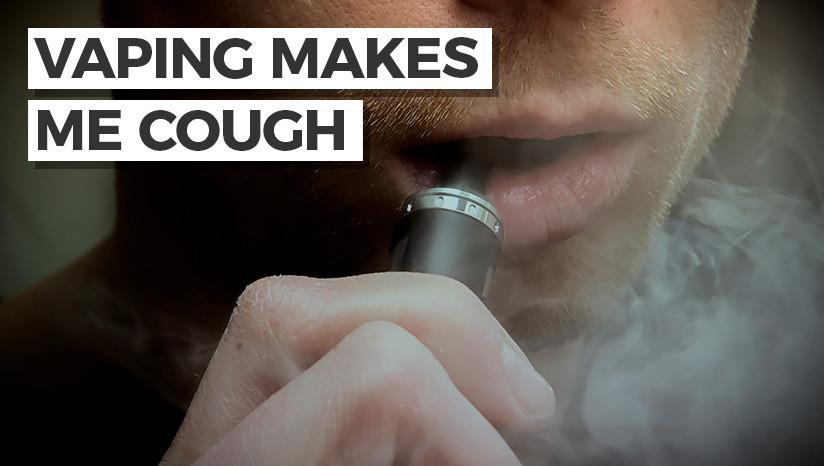 Vaper's cough is a common problem for people when they first begin vaping.

And though it typically passes quickly as you get used to the sensation, it's an irritating experience most of us would rather avoid.

If you've ever wondered why vaping makes you cough, today we're exploring the phenomenon, why it happens and how to stop it in its tracks.

Why Does Vaping Make Me Cough?

Vaper's cough is most common with people who are still getting used to vaping and can particularly bother ex-smokers or anyone trying to make the transition away from cigarettes.

There's a few reasons why vaping might make you cough at first. If you're a former smoker, there's two major factors. The first is that traditional tobacco cigarettes have many more ingredients, some of which are designed to feel smooth and less irritating, thus preventing coughing.

When you swap over to e-liquids, most formulas only have a handful of ingredients, and none of the chemicals added to cigarettes that would prevent any initial irritation. Smoking also kills off cilia, a cell that lines your windpipe and inside of your lungs. They function to trap things like dust and anything else you breath in to prevent irritation.

When you smoke, these cells are depleted, so it's possible that in the early days you'd be more sensitive to vapour than someone who has never smoked. Over time as you stop smoking and cilia has time to regenerate, coughing stops.

Vaping Makes Me Cough Even Though I've Never Been A Smoker

Vaper's cough isn't a phenomenon strictly experienced by former smokers. If you're new to vaping but have never been a smoker, here's what could be causing the problem: