How to Replace your Clearomizer Heads on Vapourizers

Replacing the clearomizer heads on your vapes will becomes a familiar process for those who begin to become more and more acquainted with their Electronic Cigarette. While a typical clearomizer will last one to three weeks, some customers have been known to get months out of their models. It all comes down to the care and attention given to the product.

While some will clear and clean on a regular basis, other people simply prefer to buy a replacement. However much care is lavished on the item, however, there will come a point where you need to replace the clearomizer head on your vapourizer. When this happens, finding out the process and the steps to take might seem complicated, but it is actually quite simple. When it comes to caring and maintaining your device, replacing this part successfully can mean not only prolonging the life of the head in question, but a cleaner, smoother smoke.

*It is worth noting that some models of Clearomizer are a sealed unit and cannot be stripped down to clean or replace the head.

The CE4 clearomizer is one of the most popular around. It combines a cartomizer and an atomizer in one single piece, making the user’s life a little easier. When it comes to taking care of the device, however, it is often the clearomizer head which many people choose to focus their attention on. With the CE4 being the most popular brand around, the third version differentiated itself from previous models thanks to the ease with which it could be disassembled and rebuilt. This means that tasks, such as replacing the head, became far easier than they were in past versions, and could mean that the device lasts far longer when given correct care and attention.

The Process of Replacing the Head

The first step is to remove the tip from the clearomizer. The small piece of black plastic can come away from the main body with a simple few twists. Next, unscrew the bottom of the device. The metal piece which will need unscrewing is usually knurled in order to provide a bit of grip and make the process easier. The clear body should eventually come away to leave you holding the metal and with the head uncovered. Grip the head between finger and thumb and unscrew it from the metal base. The tip should come away, leaving you with four separate parts: the tip, the body, the base and the head. The process of replacing the head is simple. You merely have to screw the new version into the base and work backwards through the above steps, reassembling the device. Because this small piece is so easy to replace, it is no wonder as to why the CE4 has become the most popular model of clearomizer around. 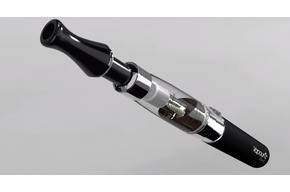