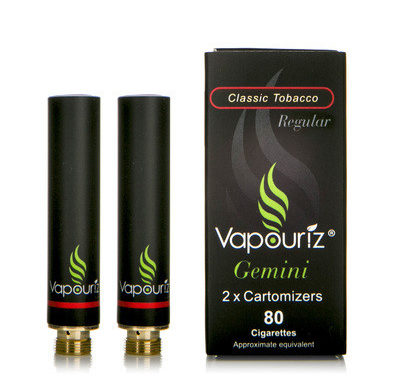 Cartomizer vs. Clearomizer: Which E-cig is the Best

Tobacco smoking has been dated back as far as ancient Mayan times. However it wasn’t until the 1900s when commercialised cigarettes became extremely popular across modern America and Europe. Cigarettes quickly became a cheaper alternative to expensive cigars, meaning everyone could take up the habit. Smoking was even advertised as being healthy, encouraged by the highest powers, and the social elite were rarely seen without a cigarette in their hand. Smoking was big business.

There must be another way.

Of course, we now know the dangers of smoking and are wise to its addictive nature. Tobacco companies have been banned from advertising their wares in the UK, and it is now illegal to smoke in indoor public spaces and inside places of work. E-cigarettes have been introduced as a healthier alternative, and their uptake amongst even the heaviest smokers has been astonishing in the past 18 months. For help with quitting tobacco, check our range of starter kits!

How do they work?

Generally speaking, nicotine vapour is inhaled through a device. This ‘hit’ of nicotine calms cravings without the harmful carbon monoxide and other nasty poisons that are burned with tobacco cigarettes. There is therefore no ‘smoking’ with e-cigarettes, so their use is referred to as ‘vaping’ owing to the vaporisation of nicotine. It’s been proven that e-cigarettes are far cheaper than traditional cigarettes, with the equivalent of 40 tobacco cigarettes costing under £10 in their electronic alternatives.

How to choose: Cartomizer vs Clearomizer.

Being a fairly new concept, the market is jam-packed with different makes, shapes, price ranges; different promises, strengths and flavours. Two clear distinctions between e-cigarettes is Cartomizer and Clearomizer e-cigarettes… but what does this mean?

Cartomizer e-cigarettes are opaque tubes filled with material to soak up the e-cigarette’s fluid which is then vaporised for the nicotine hit effect. Slightly larger in size than the standard tobacco cigarette.

Clearomizer e-cigarettes are transparent tubes that have been compared in appearance to a large pen. The nicotine liquid is stored in the chamber which is fed up through a wick where the nicotine is vaporised.

Benefits of a Clearomizer

Our 'Tank' Range of clearomizers are

A suggested route would be to initially try the Cartomizer option to get used to e-cigarettes and decide whether vaping is for you, moving on to Clearomizers in the longer term if you’re in favour of the healthier alternative to tobacco.