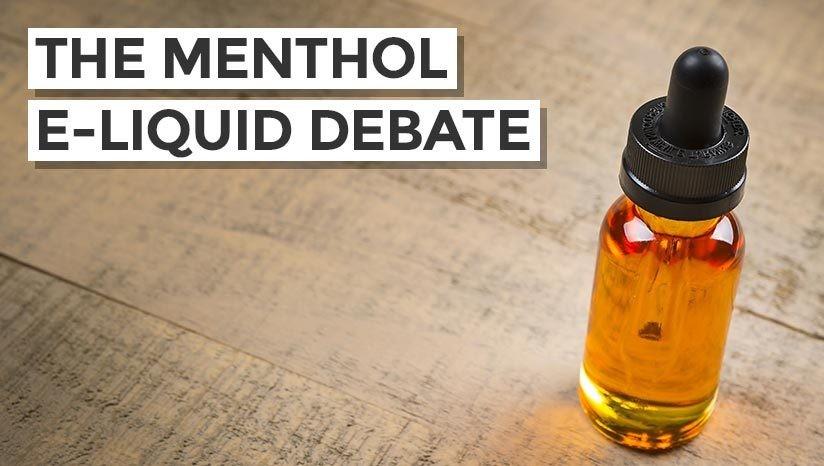 The rocky road of menthol e-liquid

When it comes to e-liquid flavours, few are more hotly debated than menthol. It inspires discussion on both sides; some people love it, while others want to see it banned.

Menthol has been a longstanding target of tobacco control because of evidence suggesting menthol smokers are more dependent on nicotine and find it harder to quit. There are also concerns that it may be more enticing to potential new smokers than the taste of tobacco alone.

In the United States, it's a subject that has been in the news for the last several years. The Food and Drug Administration (FDA) is considering a ban on menthol cigarettes and has been carefully reviewing the health effects of menthol cigarettes.

In 2009, President Obama signed the Family Smoking Prevention and Tobacco Control Act, authorising the ban of all cigarette flavours except menthol, and received the support of several high profile politicians who argued flavoured cigarettes mask the harshness of tobacco, which would otherwise deter some first-time smokers. Menthol remains a point of some debate - although popular, many would like to see the flavoured cigarette ban extend to include menthol as well.

In Europe, the Tobacco Products Directive has also recently ruled to ban menthol combustibles - menthol cigarettes and tobacco will be phased out over the next few years, and a complete ban will come into effect on May 20 2020.

Menthol, Germany and the TPD

While the push to ban menthol has been active with tobacco cigarettes for some time, Germany's move to ban menthol flavouring is among the first times the debate has been extended to include e-liquids as well.

As part of the EU Tobacco Products Directive (TPD) Germany has created a list of restricted e-liquid ingredients and additives that could facilitate the uptake of nicotine. The list of prohibited ingredients aims to restrict anything that might give consumers the impression an e-cigarette has health benefits, such as vitamins, along with other stimulants, including caffeine and taurine.

Currently, the Tobacco Products Directive leaves decisions on flavourings in e-cigarettes to individual member states, which explains why Germany is moving to implement the ban of menthol while as yet other countries have not.