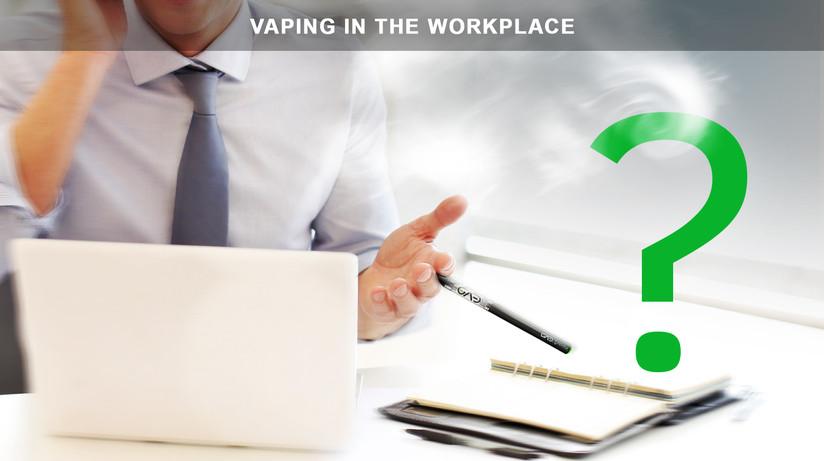 Vaping in the Workplace

How did the concept of vaping in the workplace become popular?

The reaction of employers

While there might be a few cases where employers might allow the smoking of e-cigarettes in the workplace, most employers are likely to oppose it. The Health Act that was introduced in 2006 actually defines smoking as inhaling and exhaling the smoke of a lit material, with or without nicotine. So, using e-cigarettes is also considered smoking by the health act.

However harmless the e-cigarettes might be, there is no doubt that the non-smoking community of the workplace will not approve of it. Smoking, as an act itself, is not encouraged. So, it will not matter if you smoke a real cigarette or an e-cigarette.

BMA opposes the use of e-cigarettes in public places

The British Medical Association, more popularly known as the BMA, has published a study that highlights the harmful effects that e-cigarette smoke has on the people who inhale it passively. The BMA has highlighted in its study that smoke-free legislation should extend to e-cigarettes as well. So, it is very unlikely that the usage of e-cigarettes in the workplace will actually be allowed and tolerated.

Vapouriz Headquarters welcomes its employees to use e-cigs in the office if they so wish and it is most definitely a 'smoke-free' zone!