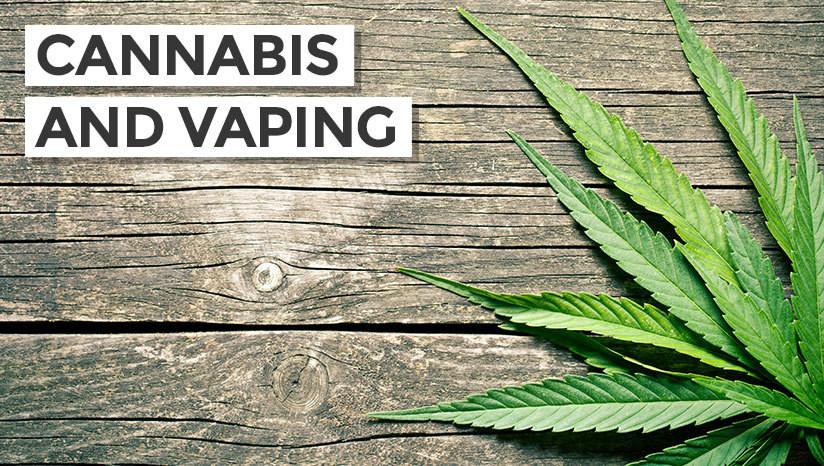 You may have heard stories of people using their e-cigarettes as a way to inhale cannabis. But is it fact or fiction?

E-Cigarettes do not contain the same harmful chemicals and toxins that tobacco cigarettes do and are therefore not associated with the same diseases, like cancer, heart disease and respiratory diseases. This makes them an effective, non-lethal nicotine delivery system.

Detailed surveys have shown that most of the 2.8 million adults in the UK who use e-cigarettes regularly do so to help them reduce or eliminate their use of tobacco cigarettes, until they are able to cut out nicotine completely.

While use is minimal, cannabis is the most commonly used drug in the country, after alcohol and tobacco. This figure is falling as people become more health conscious and aware of the drug’s many side effects. Although cannabis can be ingested in food and other means, it’s typically smoked in tobacco.

Studies have shown that cannabis contains dangerous chemicals like carcinogens, which increase your risk of cancers. These carcinogens can, in fact, be four times as concentrated in cannabis as they are in tobacco. Cannabis is now thought to be addictive, can affect fertility in men and women, increases the risk of developing psychotic illnesses like schizophrenia as well as anxiety and paranoia, and can affect the ability to drive and do other everyday tasks. Research also suggests that THC, the active component in cannabis, can suppress the immune system and put users at greater risk of potentially fatal respiratory and lung diseases.

There’s a theory that people who smoke cannabis can do so through vaping, and use their e-cigarette as a weed vaporiser. The thinking is that, because vaping is so much healthier than tobacco smoking, e-cigarettes will be a healthy way to consume cannabis.

Unfortunately for cannabis smokers, there is no healthy way to consume the illegal drug, even when you’re vaping, because of the carcinogens and medical risks inherent in the drug.

One reason that people might think vaping cannabis is healthy is that medical trials have used special vape pens to deliver cannabis compounds to people suffering from chronic pain conditions. These pens are specifically designed by manufacturers for the purpose though, and use a special non-psychoactive, liquid form of the drug.

Normal vape pens are not meant to be used for cannabis vaping. Most e-cigarettes will not facilitate the smoking of buds or hash. Furthermore, illegal cannabis oils can be made with dangerous substances in them, and prove deadly.

All in all, it’s clear that vaping does not make cannabis healthy. Instead, e-cigarettes are best used for people who want to cut down or cut out tobacco in a safe way, while enjoying the pleasant taste and sensation of vaping.