Busting The Myths About E-cigarettes

Over the last two or three years, there have been scare stories a-plenty in the media about e-cigarettes. In fact, if you believed them all, you’d be too frightened to get out of bed, never mind use an electronic cigarette.

Indeed, many of these tall tales are so wide of the mark they're almost laughable.

Most have no basis in fact. For example, there have been suggestions that the liquid in electronic cigarettes is based on rat poison, or the ingredients found in anti-freeze.

The worry is that there are people out there who really believe the myths, including, most worrying of all, the children of vapers, who may believe that their parents are actually poisoning themselves.

Ensure you E-Liquid is High Quality 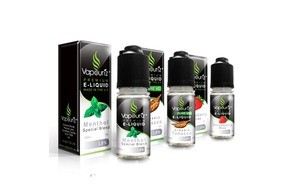 The US Food and Drugs Administration (FDA) did put out a release in 2009 based on a very limited sample of e-cigs, and found that one contained diethylene glycol, which is used in anti-freeze.

But levels discovered were negligible, so much so that that isolated sample could easily have been contaminated. (This wasn’t mentioned in the official release. Funny, that.)

Eliquid typically does include propylene glycol and again this is associated with anti-freeze.

But it’s used as an additive, purely to make antifreeze less harmful if you swallow it by accident. It’s also found in toothpaste, and food additives, and is recognised as safe by the FDA.

As for the idea that e-liquid has rat poison, that's just ridiculously untrue.

While tobacco cigarettes are made with 4,000 different chemicals, typically e-liquid will contain Propylene Glycol (PG), Vegetable Glycerin (VG), food grade flavourings and nicotine. That’s it. (All e-liquid provided by Vapouriz is created in-house to exacting standards of consistency and quality so we know EXACTLY what goes into it!)

Some say “no-one knows what’s in e-cigarettes”, but that’s just not true. Following many studies in different labs the world over, the ingredients are well known and documented.

Perhaps more widespread, perpetuated by anti-smoking groups, is the notion that children and young people will be drawn to electronic cigarettes because of their sweet flavours and because they can “be so easily bought online.”

But can they? It’s actually not that easy to buy these devices online. You need plastic, so a child would have to not only steal a parental bank card, but also the credit card statement when that arrived in due course, to avoid being rumbled.

For most newsagent sales, vendors won’t sell to those who are under-age. The chances of kids buying e-cigarettes from shops are no greater than the risk of their buying standard tobacco products. If anything, the chances are probably slimmer when it comes to e-cig purchases.

With the expenses of the replacement parts, most youngsters are much more likely to want to spend their pocket money on the usual teenage purchases of music, computer games and clothes.

Anecdotally, because children and teenagers see electronic cigarettes as something to help adults stop using real cigarettes, there’s no appeal from them being “cool” or” dangerous”. Research show your average e-cig puffer is aged 30-50 and already a tobacco smoker.

As for the sweeter flavours, these have nothing to do with targeting a younger market, but are liked by the adults who make up most vapers.

E-cig advertisers target those who currently smoke, not new or young smokers, or non-smokers. Therefore the notion that they will give non-smokers a habit is just risible.

No-one ever complains that alcoholic drinks are readily available to those who don’t drink, so that argument is just ludicrous. 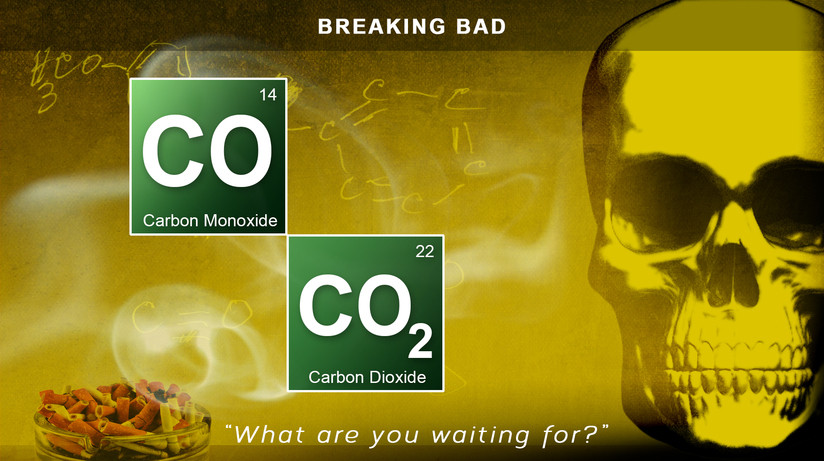 It’s yet another myth that electronic cigarettes may be more addictive than tobacco, since independent testing shows nicotine is provided in smaller amounts than with standard cigarettes. Actually vapers regulate their consumption well, stopping when their need for nicotine has been met. From our experience, e-cig users tend to slowly lower the amount of nicotine as they progress with using e-cigs. From 2.4% or 1.8% in the early days right down to the 1.2%, 0.6% or... Yes, giving it up entirely and using the 0% nicotine content.

Anti-smokers also claim e-cigs have carcinogens and toxins that can be inhaled and are harmful to bystanders, just as tobacco does. But the truth is that e-cigs contain barely detectable carcinogens, a fraction of those found in cigarettes, and none of the toxins in the quantities found in tobacco. So little, if any, harm can be done to the vaper, never mind anyone standing next to them.

While real cigarettes have a “side stream smoke” that can travel quite a way, with e-cigs the vapour evaporates very rapidly. Remember too that this is basically water vapour that does not smell offensive like traditional cigarette smoke.

Smokers Would Give Up Entirely if E-Cigarettes were Not Available? 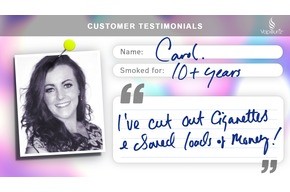 Finally, as for the idea that if electronic cigarettes were not available anymore to smokers, they would just stop smoking altogether, or use more conventional aids for quitting, that’s nothing more than wishful thinking, plain and simple.

One study found that under a fifth of smokers would use traditional methods or try to stop cold turkey. Indeed, well over half, or 61%, suggested that in all probability they would go back to puffing away on tobacco if e-cigs were not available.

With so many myths about vaping around, it’s important to remember that’s just what they are. Myths, with no basis in reality or evidence.