So, I’m putting aside my antisocial vaping equipment for 24hrs and replacing it with the Vapouriz entry level Lumina e-cigarette priced reasonably at £14.99*. A daunting task for a cloud chasing vape snob like myself -plus it's Friday night – my favourite night to cloud chase!

I leave work at 6:30pm after a hard vaping day- or at least a day of vaping hard! I’m all set with the Lumina 450mah battery charged to full capacity and the 1.3ml tank filled with new Vapouriz Platinum fine blend tobacco 1.8% e-liquid. This might sound a bit of a strange choice for someone who usually reserves themselves to vaping more exotic flavours but by the looks of things the Lumina needs all the help it can get!

After leaving work I find myself seduced by the slim yet durable shape and size of the Lumina and how I can athletically twiddle it though my fingers, unlike the bulky equipment I am used to. I find myself attending an impromptu wine tasting evening and accidently leave the Lumina behind at home – a big mistake- as for the first time in years, I become desperate for a vape…

As soon as I was back home I reached for the Lumina and thankfully it didn’t disappoint! It didn’t just provide a close simulation to what i was used to but to my surprise also delivered more than what I was looking for- a full flavour/taste and just the right amount of throat hit.

I reminded myself that the Lumina is essentially just a delivery system for an exceptionally well made e-liquid and I got confused as to whether it's the liquid or the vapourizer that’s producing this great vape. I concluded fairly quickly, it's the combination of the two that gives the satisfaction and taste sorely missed by smokers.

Ok, so no clouds were produced to fill the room and smoke rings were off the cards (as a 40w would have probably melted the poor thing) but the pleasure, that 6.8w of satisfaction, was all I needed to curb by craving!

Whilst vaping I pondered the battery life of a 450mah battery and the overall size of the Lumina. Impressively the Lumina saw me through a lively vape-happy Friday evening (only stopping to refill the juice once) until 11:30am Saturday morning when the battery finally died. After only 1hr of charging it was back up and running again ready for more vaping action!

In terms of its size though it's small, really small, not inadequate but instead stealthy and elegant. If James Bond vaped he would vape a chrome Lumina.

After such a heavy night I fancied something a little gentler to accommodate my state with my morning coffee– so I opted for watermelon 1.2mg which was ideal - the vapour production and throat hit was just perfect. 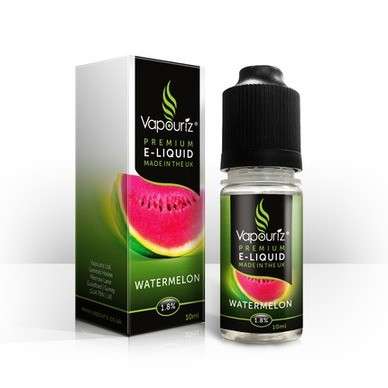 I unintentionally ended up using the Lumina for the rest of the day; impressed by its consistent 3.7v, 2ohms and the ability to produce 6.8w of output. I enjoyed it so much I found myself using it more like I would a cigarette- popping out occasionally in the sun for a quick vape.

The only downside I had – and it’s a small one- was that I had to fill the tank a few times throughout the day as it only holds 1.3ml of liquid, but like I said, this is a minor issue to have!

A few times throughout my day, having been used to a large tank mod, I found myself almost losing the Lumina due to its slim size (almost the same size as a pen). I wouldn’t hold that against it or want to change the size as to do so would change everything that makes the Lumina unique and sexy.

In summary, at £14.99*, the Lumina ready charged and with a USB charger, it really is great buy for anyone trying our vaping for the first time.

The Lumina is available in matt black, chrome and baby pink.