Whilst having not made this year’s GQ's Most Stylish Men Alive list, Justin Bieber looked like he is determined to make the cut next year as he visited an LA Vape Store.

While Justin Bieber is often ridiculed for his low crutch jeans wearing, the pop star showed he can match Hollywood's most fashionable as he shopped in the Westwood area of Los Angeles, California.

Biebs rocked the polished rocker style as he ran some errands around the town. 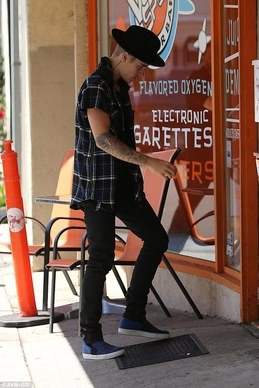 The Boyfriend singer was initially spotted in a car rental shop before stopping at a local E-cigarette shop.

According to the store, Vapor Spot, the star grabbed a Vape mod and e-juices – although didn’t disclose the flavours. 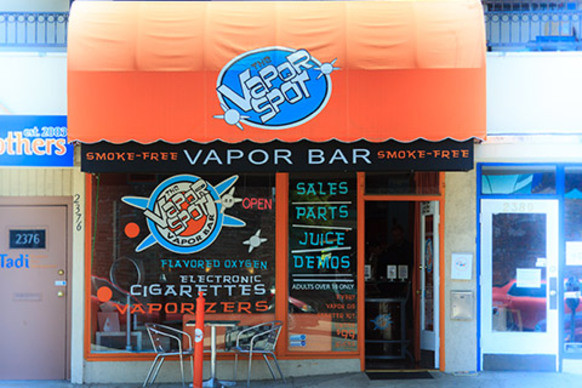 The star ran his errands sporting a pair of straight leg dark denim jeans which he wore with a long black T-shirt and a dark blue plaid shirt with its sleeves roughly cut off.

This short sleeved plaid shirt look is clearly a new favourite of the Bieb, having been pictured in a blue and green one and a red one which he wore in Las Vegas at the boxing match between Adrien Broner and Shawn Porter. 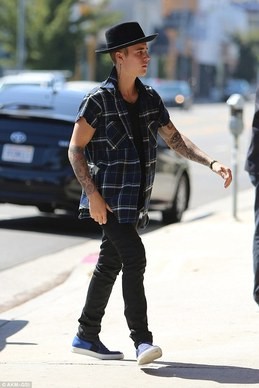 The Where are you now singer teamed his look with another firm favourite- a black Baileys of Hollywood wool fedora - as well as a pair of blue denim slip on sneakers.