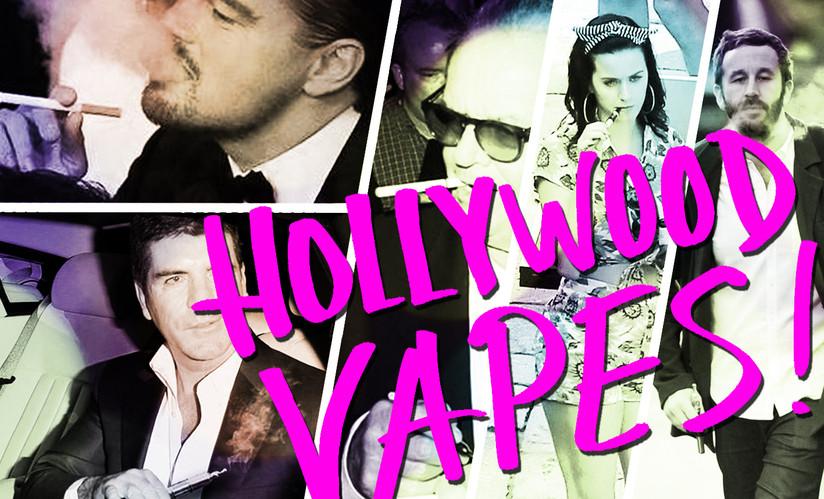 Where celebrities lead, people will follow... And right now, loads of our favourite celebs are making the switch to e-cigarettes. Here's a run-down of our top ten.

Ronnie Wood Rolling Stone Ronnie appeared on morning television vaping back in 2012. He’s rock’n’roll – and we like him. Leonardo DiCaprio Oscar-winner and keen environmentalist Leo was caught on camera vaping and looking dapper at the Golden Globe Awards. Cheryl Fernandez-Versini The tattooed star posted a picture on social media of herself and her Girls Aloud girlfriends enjoying colourful flavoured versions, and both she and Simon Cowell are known to vape during the filming of X Factor. Katy Perry Scarily-successful ‘Firework’ singer and fan of colourful clothes Perry has been snapped vaping at a friend’s birthday party, wearing some rather snazzy sunflower-print shorts. We like her style. Jack Nicholson The legendary actor was spotted vaping after leaving a Beverly Hills restaurant. The pictures were quick to do the rounds of all the gossip sites, which might’ve had something to do with the fact that while he vaped, the Joker also happened to have forgotten to do his fly up! Robert Pattinson Twilight heartthrob Pattinson gave up smoking tobacco and can often be seen vaping instead, only occasionally reverting to tobacco in times of romantic trouble. Stick with it, Rob! Bruno Mars The practically perfect pop star tweeted a picture of himself vaping, with a sweet message in memory of his mother, pledging to keep the promise he made to her before she died that he’d go tobacco-free. Aww. Samuel L Jackson Jackson, pretty much the coolest guy in the world, vaped on the Jimmy Fallon show while performing slam poetry. We weren’t quite sure how we felt about slam poetry, but if Samuel L Jackson says it’s cool, it must be cool.

Simon CowellMusic mogul Cowell has switched from cigarettes to vaping in a bid to improve his health after a shock collapse in 2012.

The American Idol presenter has been spotted out and about after being a long term smoker. He was one of the first celebs to make the switch.

After breaking millions of young girls' hearts in early 2015 when he left One Direction he's since clearly been focussing on his health as he's been spotted on numerous occasions with an e-cigarette.

The Hawaiian singing superstar has been spotted vaping after pledging to drop tobacco and went further still by promising to become tobacco-free as a result of his mother passing away from a brain aneurysm.

A known chain smoker in the long-running soap, Liz has now been spotted vaping in scenes since late 2015. The first soap star to vape on the small screen?