A reporter stated that DiCaprio wasn’t actually televised whilst vaping as many broadcasters thought that it was ‘inappropriate’ for television (mmm… okay?) However, they did report that:

‘You’ll see the happy couple in a warm embrace, DiCaprio’s mouth stands open just so, poised for a hit of that sweet, sweet vapor.” It’s quite clear from the pictures that there was no need for him to bring a date as he had his hands pretty full already with his vape pen (which seemed to be a far more substantial partner by the look on his face!)'

DiCaprio was at the awards to collect his first-ever SAG award for Outstanding Performance by a Male Actor for “The Revenant” (GO LEO!) but it turned out that everyone was more interested in how he was vaping away on his Vape Pen instead. He looked pretty suave in his black tux, holding his Box Mod in his right hand and vaping away. It is official: DiCaprio is a cloud chaser (just like everyone at Vapouriz HQ).

What do you think about Leo using a vape kit at the awards? Was it awesome, or a big no-go for live TV? Have your say in the comments below. 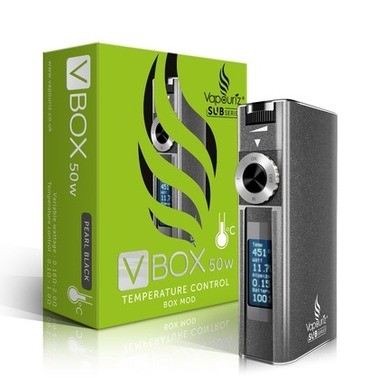