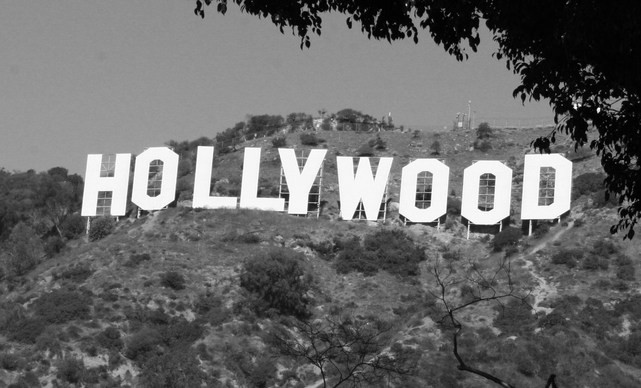 Back in the golden era of Hollywood films traditional cigarettes oozed sex appeal, signified rebellion and gave off an air of allure and stature when used by the top film stars of the day.

Traditional cigarettes were used to denote glamour and empowerment for female stars like Marlene Dietrich and Bette Davis as well as Audrey Hepburn’s cigarette holder in Breakfast in Tiffany’s became a character-defining prop and features in many well known and loved images of her. 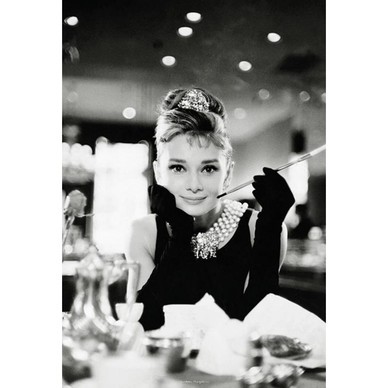 Smoking was used as a way to enhance Marlon Brando’s sex appeal in A Streetcar Named Desire and empowered rebellion James Dean in Rebel Without a Cause.

Nowadays smoking isn’t seen as cool as it previously was with Hollywood looking at alternatives to showcase glamour, kookiness and villainy.

American Actor and Musician Michael Shannon recently said vaping devices are ideal props for amoral villains who look ‘too slick to be trusted’.

Shannon, who starred as a corrupt real-estate broker in 99 Homes, said his e-cig was an integral part of his character, in a recent interview. 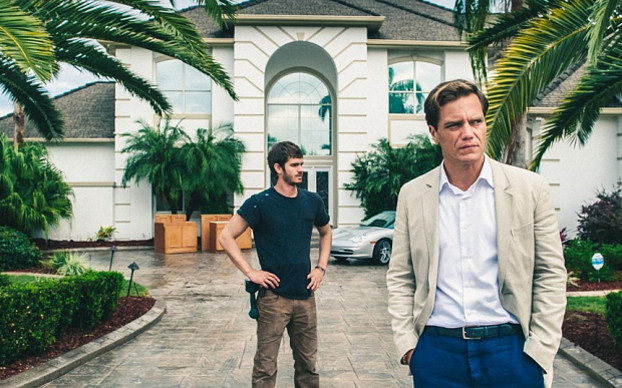 The e-cig prop was devised up by Ramin Bahrani, the film’s director, who believes that e-cigs may come to symbolise characters who are ‘’too slick and charming to be trustworthy’’.

Michael, who also starred in Man of steel joked that ‘'Ramin gave me one e-cigarette and I started tooting on it like…I can’t think of a good metaphor. I couldn’t stop fiddling with it. It was always in my hand‘

He continued ‘It’s like one of those old cartoons with the steam blowing out of the smokestack, and that’s what Caver is like – this smokestack that’s about to blow all the time.’

It came in most useful when the character tried to evict a desperate man, who responds by threatening to shoot himself and his family.

‘I think the whole film inevitably led to the place where he’s standing in front of Frank Greene’s house and not knowing what to do with himself. That’s where the e-cigarette comes in handy.’

Asked if it would catch on as a prop for villains, Shannon said: ‘Who knows? Probably. Other directors are going to copy it.’ 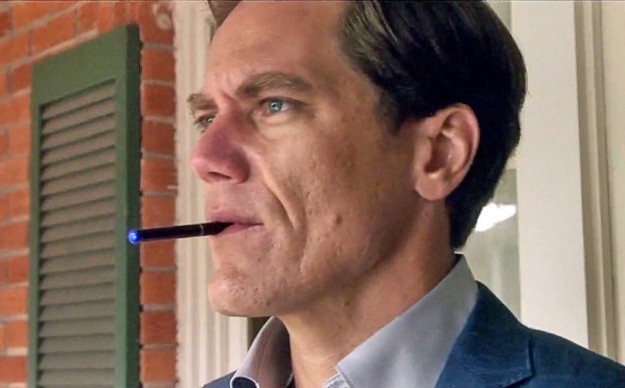 The Tourist, which stars Johnny Depp and Angelina Jolie, was one of the first films to feature an electronic cigarette.

In a scene from The Tourist Johnny Depp can be seen vaping on a Train. He is seen using an e-cigarette within a carriage and when questioned why he is smoking in a “no smoking” area, he replies that he isn't smoking at all and that e-cigarettes are exempt from the public smoking ban. Whilst this is still true today many companies have banned vaping on station platforms and trains – so check before you vape!

Smoking has since declined sharply after a legal agreement in 1998 under which tobacco companies are restricted in using films for product placement – so you may start seeing more and more e-cigarettes in films in the future. 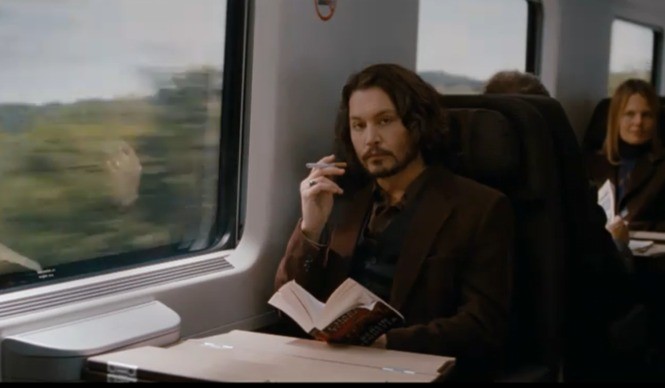