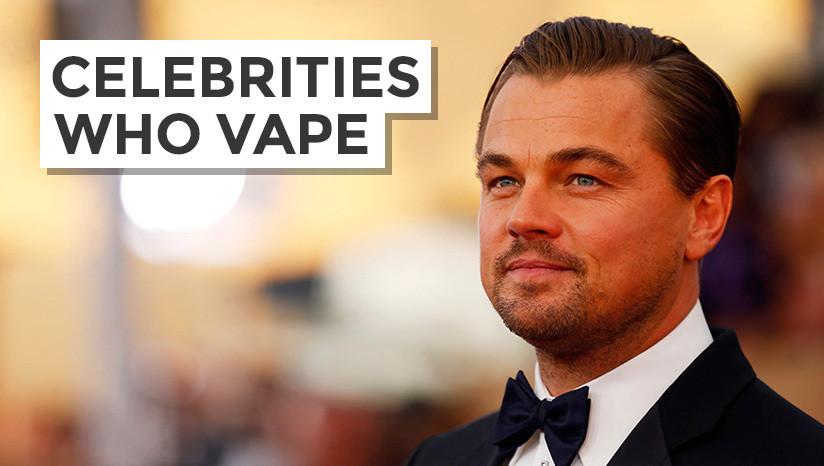 More and more A-listers are turning to e-cigarettes to help them quit smoking. Find out who some of the biggest celebrity vapers.

There are now around 2.8 million people in the UK who use e-cigarettes, and many million more keen users around the world, so it should come as no surprise that some famous faces have been spotting enjoying a vape, too.

We take a look at some of the celebrities who vape – you may be surprised by the results.

Actor John Cusack, star of 80s movies, action flicks and indie classics, is a keen vaper. He’s been seen using an e-cigarette on and off set loads recently, so it looks like he’s joined the ranks of vape aficionados.

One of the most enthusiastic celebrity vapers out there is definitely actress Katherine Heigl, star of Grey’s Anatomy and a host of brilliant rom-coms. She loves e-cigarettes so much that she has even talked about them on the David Letterman show, where she said that vaping has helped her to quit smoking properly after years of addiction.

Wildcard he may be, but Charlie Sheen knows that he’s onto a good thing with e-cigarettes, so much so that he is the face of his very own brand, NicoSheen Electronic Cigarettes. Apparently he discovered vaping when he toured with a show and wanted to be able to smoke on stage.

One of the best known celebrities who likes to vape is handsome superstar actor Leonardo DiCaprio. He’s been spotted many times with e-cigarettes and vape pens, and seems a keen fan of them. With a great career behind him and a recent Oscar win, you can bet he wants to stay healthy for the amazing roles he gets offered.

Poldark and Hobbit heartthrob Aiden Turner was famously seen using a vape pen while filming recently. As someone who had to be in top shape for the infamous shirtless farming scene in Poldark, it’s no surprise that he needs to be fit and healthy – something he wouldn’t be with tobacco.

Another hugely popular celebrity who likes to vape is pop star Katy Perry. The iconic singer has been photographed many times with a vape in hand while she’s been out on the town with her friends, and no wonder – smoking can do terrible damage to your vocal chords, particularly if you are a singer, so switching to vaping could help her career last even longer.

Johnny Depp is another fan of e-cigarettes. The megastar has not only been snapped vaping in public and at press conferences, but also played a character who talked about e-cigarettes in a film!